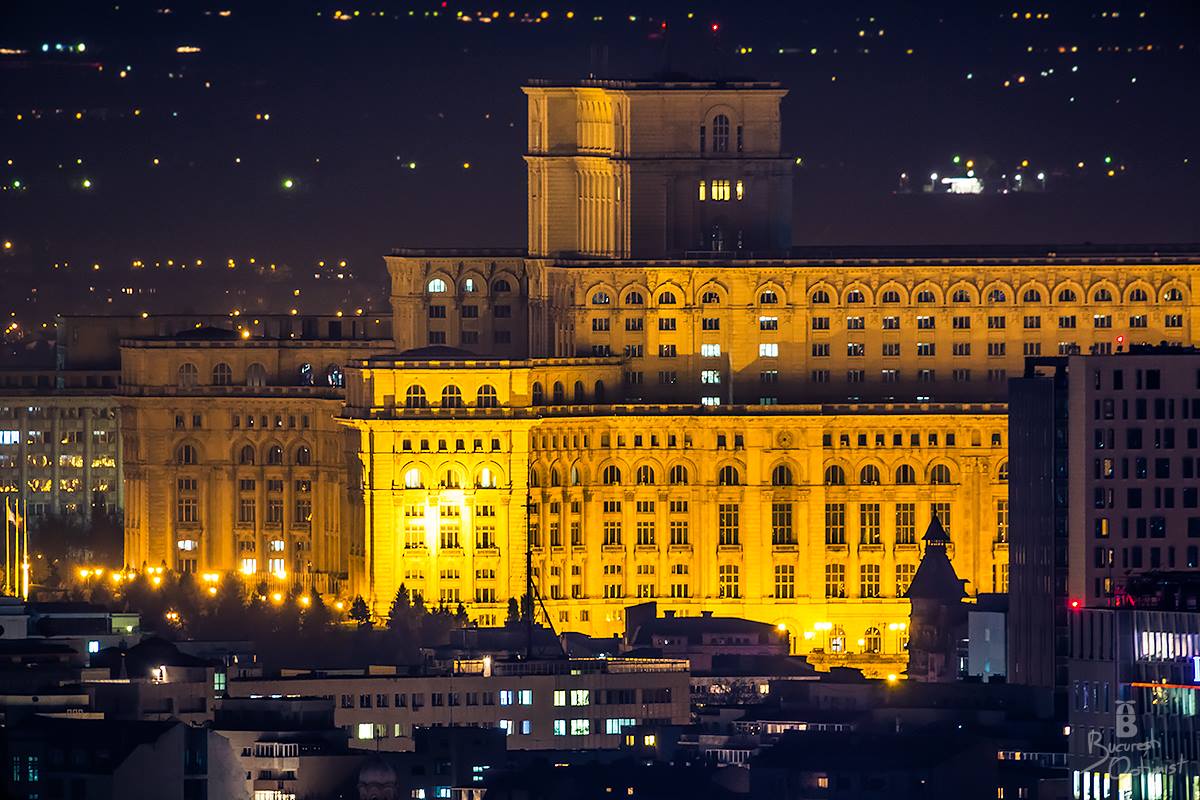 Impressive. Colossal. Monstrous. The Palace of the Parliament was built by Romania’s communist leader, Nicolae Ceausescu, in 1983, in a time when he wanted to prove to the world that he was the best leader in the socialist block. He just wanted the biggest palace in the world.

It holds the Guinness World Book of Records for the Heaviest Building in the World. And also for the most expensive one. Isn’t it ironic how people were starving, but Ceausescu built the most lavish building on the planet? Maybe that’s why it was named the People’s House: because that’s where all their money were.

But that doesn’t stop Palace of the Parliament from sinking 6 millimetres per year because of its monumental weight. It was made with 1 million metric cubes of marble, 700K tonnes of steel and bronze, and 5 million metric cubes of concrete. The megastructure was built by 20.000 people, mostly soldiers – army was mandatory back then, and it was designed by a team of 700 architects, lead by a 28-year-old at the time architect, Anca Petrescu.There is no official record for the lives lost in the making of the gargantuan building. But there are many urban legends surrounding its human cost: people say that many workers were killed to preserve the secret hidings in the mammoth edifice.

1/5 of the city centre was wiped off the face of Earth for the construction of the massive building, and 40.000 people were moved in other parts of the city to make way for it.

The superstructure has 7000 rooms, and only 400 of them are used today. Ceausescu was afraid of a nuclear war, so the Palace of the Parliament has 2 antiatomic rooms, with thick walls made of concrete to keep the radiation out. There is a system of 20 kilometres of tunnels underneath the building made for a hypothetical escape of the leader. Famous British TV show “Top Gear” filmed one of their episodes in the catacombs underneath the impressive building:

Right after the Revolution of 1989 when the communists fell from power, in 1990, the American media mogul Rupert Murdoch offered to buy the Palace of the Parliament with 1 billion dollars but was refused. It is believed to be worth over 4 billion euros today.

Everything associated with the building is superlative: just the heating and the electrical bills amount to 6 million euros per year, without taking into account the maintenance or security of the megastructure.

The People’s House can be visited between the following hours:

Admission fees for students (aged from 18-26, with a valid student ID card)

There is a 25 minute walk distance between First Hostel and the Palace of the Parliament, or 1.6 kilometres. 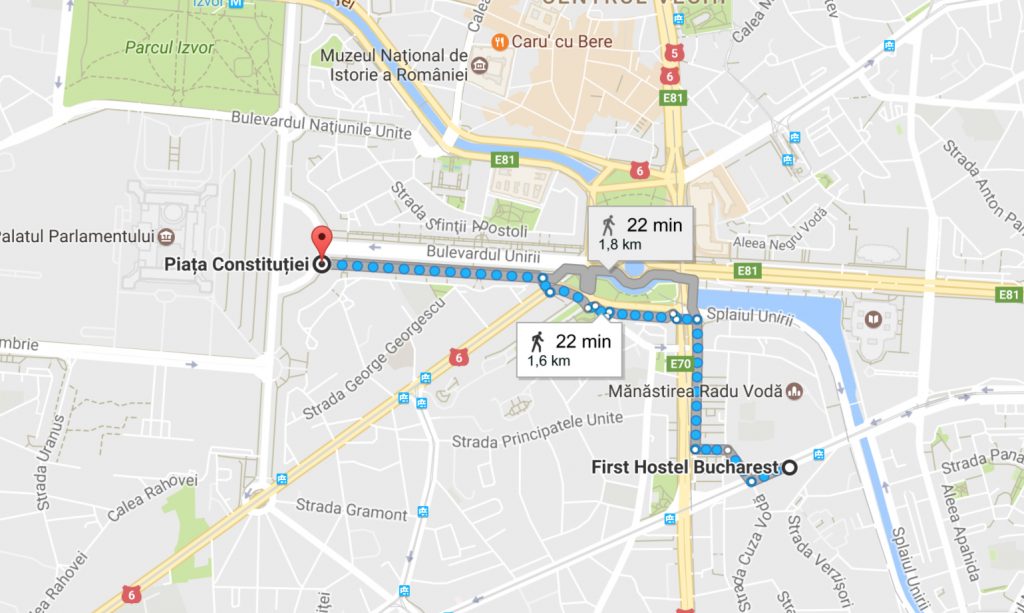